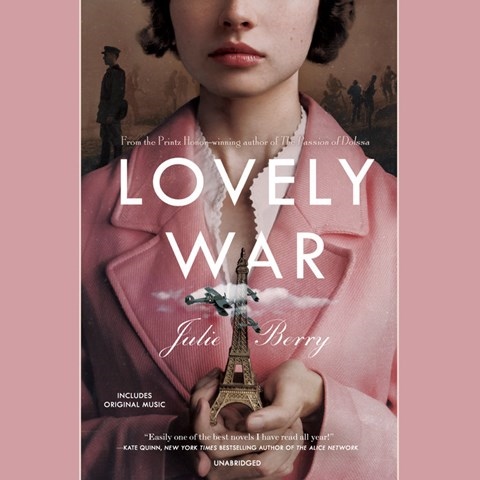 An extraordinary ensemble of seven talented narrators enacts several interwoven stories. The audio begins in 1945 as Greek gods argue about the nature of love. Jayne Entwistle’s Aphrodite is mature and certain as she frames the story of humans who fall in love during WWI. These characters are Hazel and James, who meet just before James ships out. Fiona Hardingham expresses Hazel’s innocence in love, and later, in war. But most poignant is Steve West’s portrayal of James, whose battle fatigue and guilt over killing soldiers allow listeners to understand the horrors and trauma of war. All that said, while the narrators’ depictions are spot-on and help listeners appreciate the author’s lyrical writing, the complexity of this story may be better appreciated on the page. S.W. 2020 Audies Finalist © AudioFile 2019, Portland, Maine [Published: APRIL 2019]