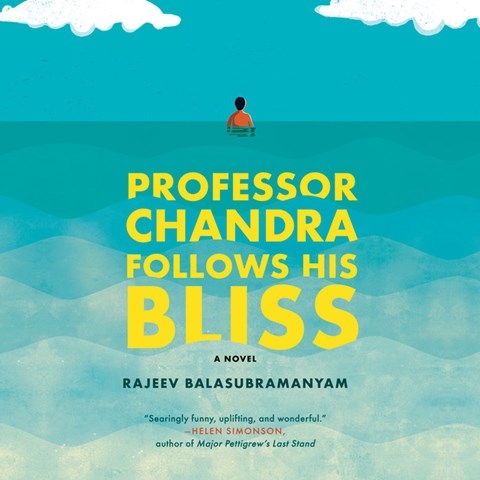 Ramon Tikaram's richly nuanced narration of this provocative novel keeps listeners thinking. After being in an accident and having been passed over for the Nobel Prize in Economics, droll and opinionated 69-year-old Professor Chandrasekhar takes a sabbatical from Cambridge University and relocates to California, close to where his youngest daughter lives with her mother and stepfather. With touches of humor, skepticism, and humility, Tikaram conveys every shade of Professor Chandra's journey of self-discovery and his attempts to understand and reconnect with his grown son and daughters, one of whom he has not spoken with in years. Tikaram admirably distinguishes every family member, some of whom speak with American, not British or British-Indian, accents. A minor quibble is that many of the American accents sound similar, but that does not detract from this delightful audiobook. M.J. © AudioFile 2019, Portland, Maine [Published: APRIL 2019]