Home»Reviews»A WOMAN OF NO IMPORTANCE 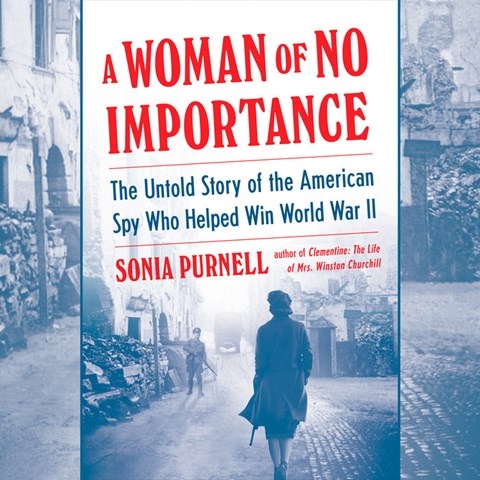 Narrator Juliet Stevenson's straightforward delivery is appropriate for the personality and clandestine lifestyle of trailblazing Virginia Hall, who worked with British SOE and later the American OSS to support, aid, and arm the French Resistance during WWII. She defied convention to become one of the most important operatives of the war. Stevenson's delivery is smooth as she recounts Hall's determination to soldier on despite the accident that took her left leg and the sexism that made her work harder and her success even more impressive. Stevenson's own British accent fits the European setting of the story, if not its main character, while the familiarly gruff voice of Churchill and the accents of the French fighters add atmosphere. N.E.M. © AudioFile 2019, Portland, Maine [Published: MAY 2019]