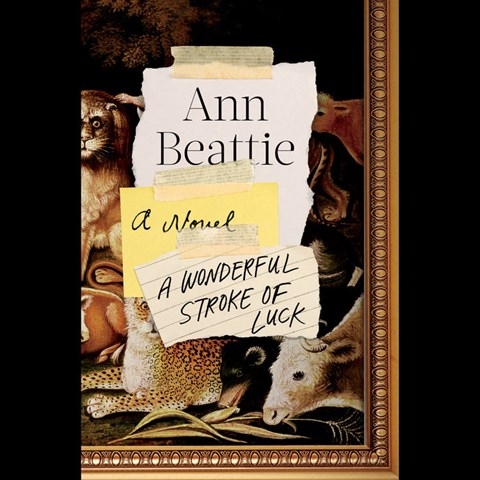 A WONDERFUL STROKE OF LUCK

Narrator Kirby Heyborne captures the ennui of this millennial coming-of-age story involving questions of privilege and responsibility, ambivalence and agency. The story is set at an elite boarding school in New England. At the center is Ben, a smart-enough and popular-enough student who, like many of his classmates, falls under the spell of Mr. LaVerdere, the school's provocative philosophy teacher. LaVerdere's teachings echo over the years post-Bailey as Ben moves predictably from college to a series of unremarkable jobs and unfulfilling relationships. Cleverly, Heyborne's performance matches Ben's personality--a bit dull, cynical, and tinged with inertia. In contrast, when LaVerdere re-enters Ben's orbit, Ben experiences a shift in his emotional balance, which is reflected in Heyborne's pace and tone. A.S. © AudioFile 2019, Portland, Maine [Published: APRIL 2019]