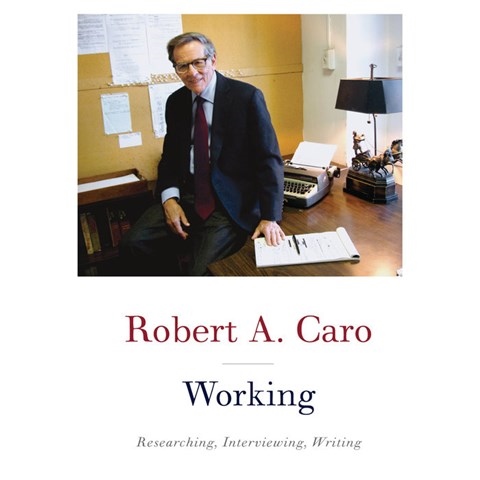 As an audiobook performer, Robert Caro doesn't display much polish, but there could be no finer voice for describing his career as an investigative writer. Caro, the esteemed biographer of Robert Moses and Lyndon Johnson, portrays the painstaking research and years of writing and rewriting behind his books in a voice that is pure New York City: "sawer" for "saw" and "idear" for "idea," and special thanks to his wife, "Iner." That distinctive, indigenous voice transforms what would have been a stray assembly of reminiscences, old interviews, and magazine pieces into a compelling narrative of the writerly life. The work strays and sometimes goes back over the same details. But Caro is 82, and the story he tells is an inspiration to every would-be writer, told with authenticity--and artistry--that no polish could enhance. D.A.W. Winner of AudioFile Earphones Award © AudioFile 2019, Portland, Maine [Published: MAY 2019]