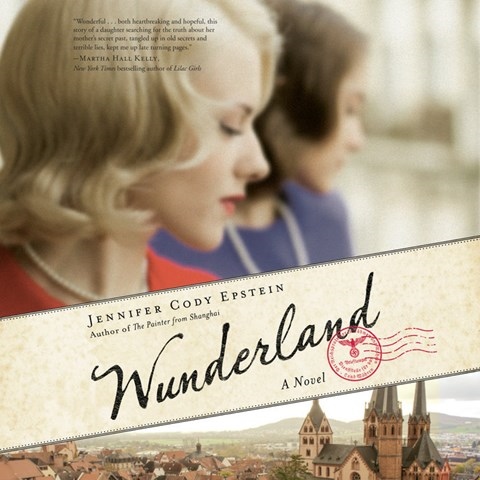 Narrator Lisa Flanagan paints completely believable portraits of the three women at the heart of WUNDERLAND. Best friends Ilse and Renate become progressively entangled in the ever-growing web of Nazism in 1933 Berlin. In 1989, Ava, Ilse's daughter, receives a package containing her mother's ashes and a packet of unsent letters written by Ilse to Renate. Flanagan is just right delivering Ava's animosity toward her mother, who dumped her in a German orphanage, a woman Ava never really knew. As she reads the letters, Flanagan transports listeners into the midst of a dark, terrible world overrun by Hitler Youth, brown-shirted bullies, and mindless brutality toward Jews. Flanagan gives a first-rate narration of a gripping story of friendship and betrayal in the face of evil. S.J.H. © AudioFile 2019, Portland, Maine [Published: JUNE 2019]