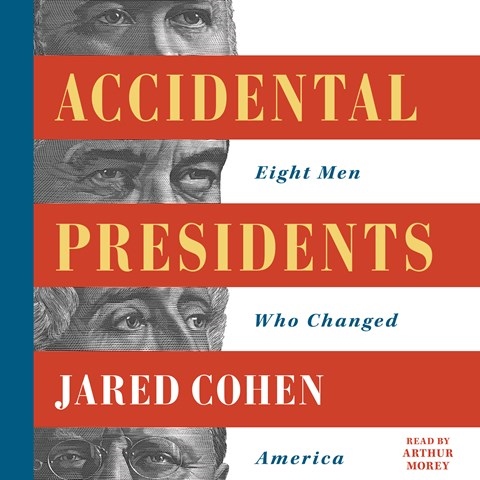 While not a professional historian, the author of this lively audiobook offers pitch-perfect anecdotes and insights on the eight presidents who inherited the position from their elected predecessors. Award-winning narrator Arthur Morey keeps the pace up throughout, and when sharing particularly remarkable stories--Teddy Roosevelt gave a speech directly following an attempt on his life; Harding drank heavily while supporting prohibition--he conveys a sense of amazement that perfectly captures the moment. Some "accidental presidents," like Andrew Johnson, who succeeded Abraham Lincoln, performed worse than expected, but others, like Harry Truman, surprised the country. TR, LBJ, Calvin Coolidge, and Truman (who succeeded FDR at the beginning of Franklin's fourth term) went on to be elected in their own right. Each adjusted to his unexpected position and came to grips with its responsibilities in very different, sometimes surprising, ways. L.W.S. © AudioFile 2019, Portland, Maine [Published: JUNE 2019]