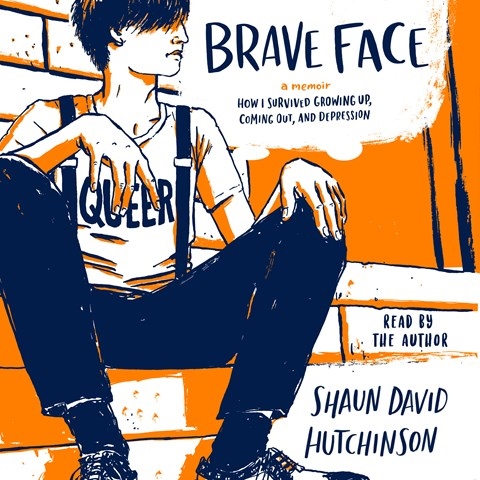 BRAVE FACE How I Survived Growing Up, Coming Out, and Depression

Author and narrator Shaun David Hutchinson wants listeners to remember one thing: Never give up. This memoir is not about the highs in Hutchinson's life after he became a bestselling author--it's about the lowest of the lows. Through his own voice, he painfully recalls his younger years--the depression that compounded his confusion over his sexuality--he is gay--and his fear that the important people in his life would no longer accept him. In a clever literary device, his depression continually chimes in, speaking directly to him and egging him on to give up anytime he encountered difficulty. Hearing that depression brought to life through Hutchinson's own voice is chilling. Though Hutchinson's story includes some horrific events--preceded by trigger warnings--this is an important audiobook. A.R.F. Â© AudioFile 2019, Portland, Maine [Published: JUNE 2019]