Home»Reviews»THE SIZE OF THE TRUTH 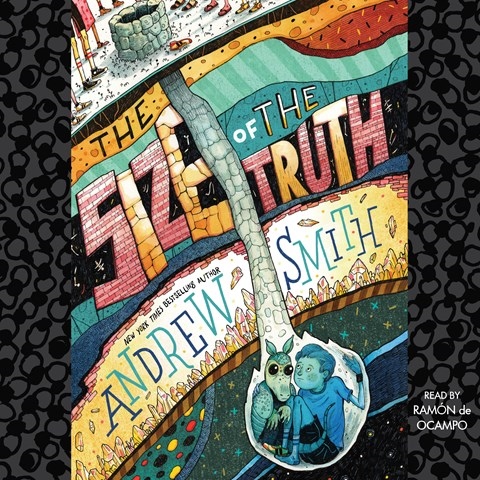 THE SIZE OF THE TRUTH

Narrator Ramón de Ocampo makes this quirky, sometimes bizarre audiobook touching by giving 11-year-old Sam a likable but acerbic tone. Seven years ago, Sam fell into an abandoned well, but now "Well Boy" has other problems: He's the youngest kid in eighth grade, his father doesn't understand his passion for cooking, and 14-year-old James Jenkins wants to murder him. The story alternates between Sam's eighth-grade year and his unreliable memories and hallucinations from the three days he spent inside the well, talking to the animals underground. Each animal has a distinct voice and accent--most hilariously, Bartleby, the obnoxious Texan armadillo. De Ocampo gives James Jenkins a Southern drawl, making this character's reveal even more surprising. S.C. © AudioFile 2019, Portland, Maine [Published: APRIL 2019]