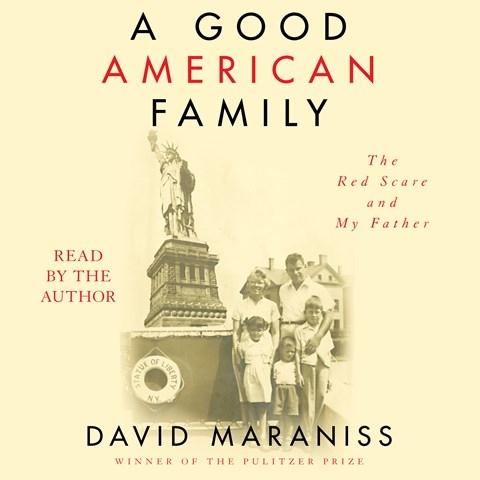 A GOOD AMERICAN FAMILY The Red Scare and My Father

David Maraniss's homage to his father is a fascinating combination of moving parts: an insider's window on the Commie scare of the mid-twentieth century, an engaging character study of his elusive father, and a picture of family life as it struggles through earth-shattering upheaval. But as gifted as Maraniss may be when it comes to writing, narrating is not his forte. At times, his voice sounds strangely unenthusiastic. In fact, so sharp is the contrast between the rabid curiosity of the writer's voice on the page (so to speak) and the writer's voice through one's headphones that it's a challenge to understand that they are, if fact, the same person. Maraniss's story is proof of two things. If you have a good story, definitely tell it. And if you have a good story, maybe don't narrate it yourself? Z.S. © AudioFile 2019, Portland, Maine [Published: AUGUST 2019]