Home»Reviews»BEASTS OF THE FROZEN SUN 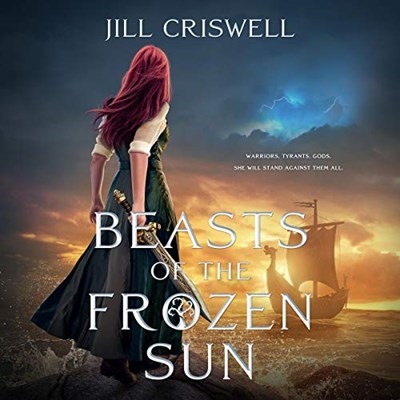 BEASTS OF THE FROZEN SUN The Frozen Sun Saga, Book 1

Narrators Alana Kerr Collins and Tim Campbell work hand in hand to weave an intricate tale of forbidden love and undying bravery. Primarily voiced by Collins, Lira, a soul reader from the island of Glasnith, speaks with an enchanting cadence that often gives way to notes of defiance. Reyker, who is regarded as a beast, is introduced by Campbell with a low timbre that sounds ferocious in the midst of battle but steady and calm in his conversations with Lira. While the majority of the pair's quest for peace and freedom is told from Lira's perspective and narrated by Collins, chapters revealing painful memories from Reyker's past are frequently inserted by Campbell as the story progresses. While somewhat lengthy, this expertly narrated audiobook, filled with toying gods and courageous humans, is a worthwhile listen. V.T. 2020 Audies Finalist © AudioFile 2020, Portland, Maine [Published: FEBRUARY 2020]