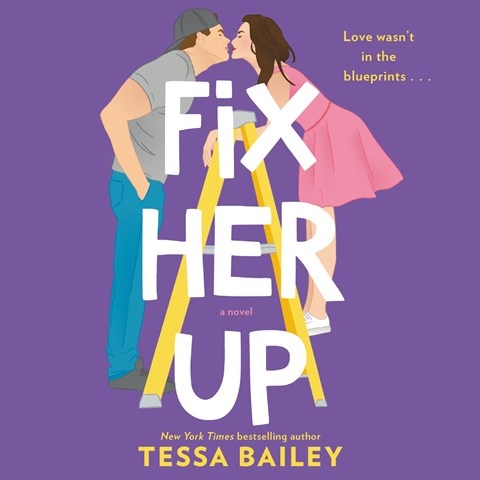 Narrator Charlotte North adeptly introduces the listener to Georgie Castle and Travis Ford, two 20-somethings who reconnect after not having seen each other since high school. Travis is a former major league baseball player whose career ended when he was injured. Now he's in a holding pattern while flipping houses. Georgie is trying to establish herself as an adult with members of her family, who continually view her as a child. North captures the frustration each character feels with accurate inflections and gusto. Ultimately, Georgie finds her voice and confidence, and sparks fly between her and Travis while also putting raw emotions on display. Steamy scenes make the story that much more fun. B.E.S. © AudioFile 2019, Portland, Maine [Published: OCTOBER 2019]