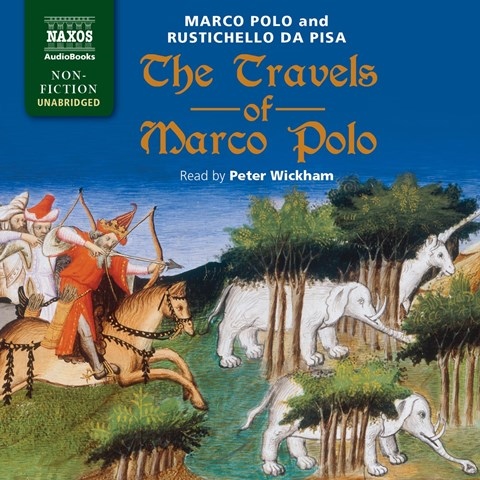 THE TRAVELS OF MARCO POLO

Narrator Peter Wickham's voice is aged and a bit rough but energetic and cultured in this recounting of Marco Polo's wanderings through thirteenth-century Asia. Wickham speaks more as one declaiming an official account than telling a story, which suits a book written in the third person, but he maintains a likable persona, good-humored and wise, befitting a man recalling the exploits of his youth. He raises the energy level when the text calls for increased emotion, as in quotations. But despite his skill and intelligence, the material's repetitive gazetteer nature can grow tiresome, and without maps or notes, those unfamiliar with the book, the period, or the geography of Asia may feel lost. But for those who want the audiobook format, Wickham makes a fine traveling companion. W.M. © AudioFile 2019, Portland, Maine [Published: DECEMBER 2019]