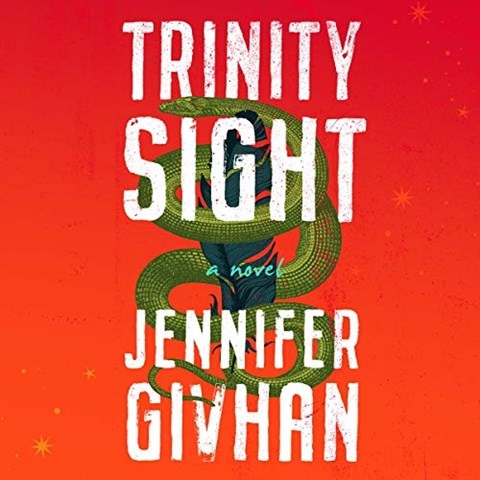 January LaVoy narrates a powerful dystopian saga that merges science and religion. After a bright flash, Calliope Santiago is one of only a handful of survivors in a seemingly postapocalyptic wasteland. LaVoy perfectly captures the terrible cascade of emotions Calliope experiences when she realizes that her family is gone--but she must survive because she is pregnant with twins. LaVoy wholly embodies the agonizing despair experienced by several characters, her voice breaking as surely as their hearts are but in no way making the scenes feel contrived. LaVoy's meticulous attention to detail shows in the care with which she voices all of the survivors Calliope surrounds herself with, each a different age and ethnicity, most with terrible psychological burdens, but all fiercely determined to persist. K.M.P. Winner of AudioFile Earphones Award © AudioFile 2020, Portland, Maine [Published: JANUARY 2020]