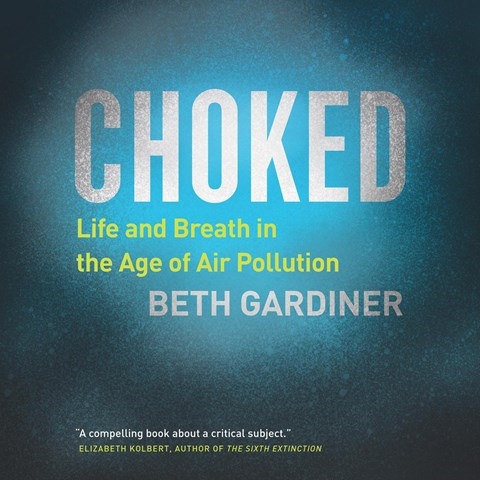 CHOKED Life and Breath in the Age of Air Pollution

With urgency in her voice, narrator Joyce Bean takes listeners around the world as she lists the many places without clean air. London, for instance, as well as Poland, China, and India, the worst, allow their residents to breathe polluted air day after day. Bean's staccato delivery lets listeners have the stark facts in no uncertain terms. Seven million people die annually around the world from the effects of air pollution on lungs and hearts that lead to strokes, dementia, and premature births. The gem of this research is the U.S government, which passed the Clean Air Act in 1963 and with various amendments still keeps U.S. air relatively clean. Bean's rich performance gives these truths some serious clout. E.E.S. Winner of AudioFile Earphones Award © AudioFile 2019, Portland, Maine [Published: JUNE 2019]