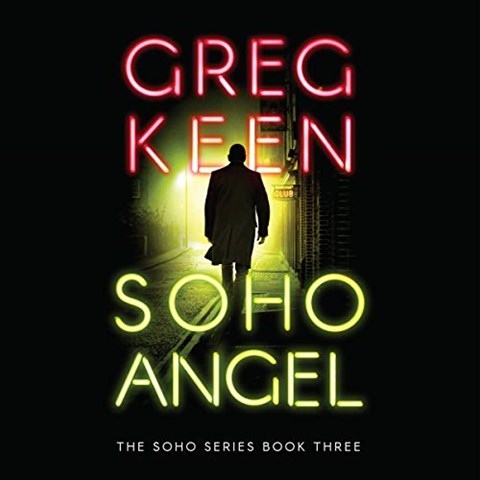 Narrator Simon Vance creates diverse characters who range from the toughest of London's underworld to a grieving mother. P.I. Kenny Gabriel stalks the seedy side of London as he investigates the disappearance of a rock star and his girlfriend 20 years earlier. Vance's portrayals of both male and female characters are strong, and his pacing helps build the tension as the plot turns into a murder case. In particular, his characterization of Kenny captures his world-weary and cynical personality as he battles health issues and thugs in equal measure. The result is a fast-paced listen liberally sprinkled with black humor. K.J.P. © AudioFile 2019, Portland, Maine [Published: AUGUST 2019]