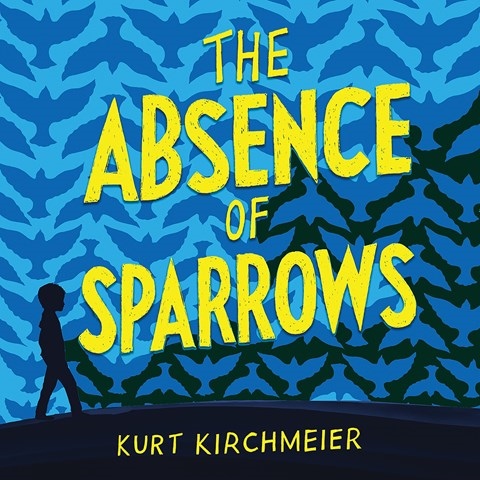 THE ABSENCE OF SPARROWS

by Kurt Kirchmeier | Read by Will Collyer

Narrator Will Collyer brings realistic emotion to this creepy audiobook about a terrifying plague. Ben, 11, and his brother Pete, 12, witness the first of many mysterious, random storms that are turning people all over the world into obsidian glass statues. The two brothers then make very different attempts to try to avert impending doom. While Ben thinks that birds are involved, Pete becomes obsessed with a theory that shattering the glass-ified people will end the plague. Collyer expresses Ben's anxiety in measured tones, keeping it under the surface but palpable. His serious, straightforward narration makes the horror of this gripping story seem like it could happen anywhere. S.C. © AudioFile 2019, Portland, Maine [Published: AUGUST 2019]