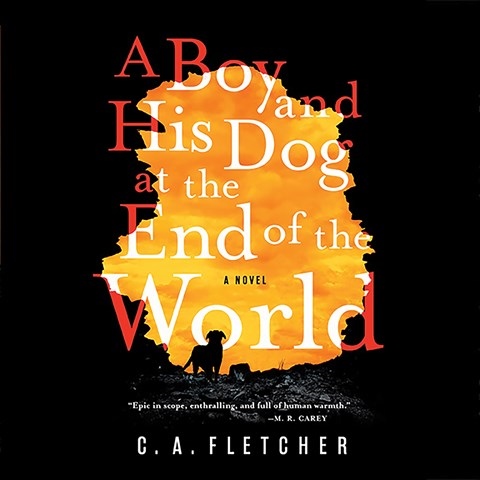 A BOY AND HIS DOG AT THE END OF THE WORLD

This audiobook takes the form of a postapocalyptic journal written by a teenager named Griz, who lives on an island off Scotland. The cause of the apocalypse is not clear, but the human population has been decimated. The prose is spare--as is the narration. C.A. Fletcher doesn't try to embellish the adventures that are unemotionally set forth in Griz's journal. A thief has stolen his dog, and there is no other course but to sail to mainland Scotland to recover her--whatever the consequences. Fletcher uses measured tones in presenting Griz's encounters with other survivors. Overall, she portrays Griz's perseverance, tenacity, and loyalty in a quiet and believable way. J.E.M. Winner of AudioFile Earphones Award Â© AudioFile 2019, Portland, Maine [Published: AUGUST 2019]