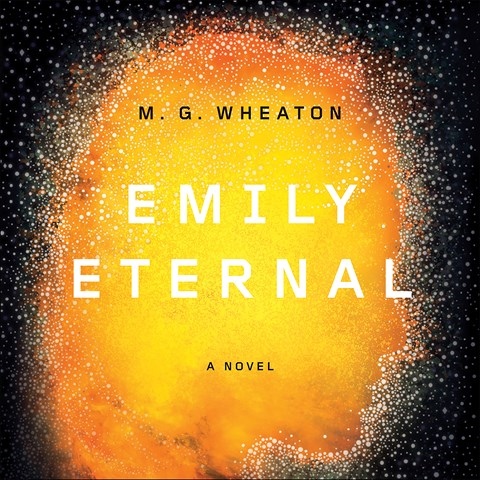 Narrator Thérèse Plummer introduces listeners to Emily, an artificial consciousness whose passion and determination are anything but robotic. Emily is just 5 years old, but she, along with all of humanity, is doomed. The sun has begun to die, and no living creature can survive. Plummer's characterization of Emily is spot-on, bringing forth her intense determination once she discovers that she is the key to preserving humankind. Just as a solution seems within reach, however, Emily's plans are brutally sabotaged by ruthless forces intent only on saving themselves. Plummer's taut pacing keeps the momentum going as Emily desperately perseveres. She poignantly communicates Emily's sorrow and wonder as she mourns the loss of humanity, proving that she herself may be more human than anyone would have believed. S.A.H. © AudioFile 2019, Portland, Maine [Published: JUNE 2019]