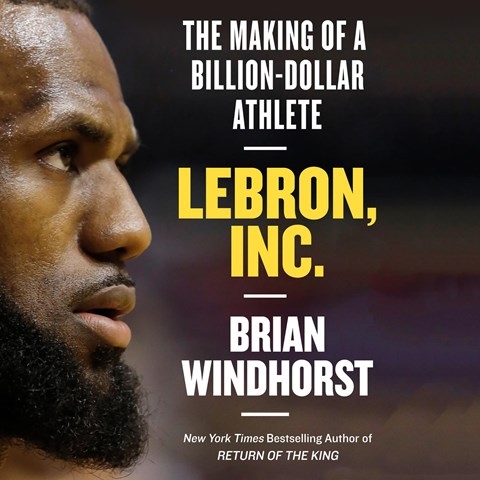 LEBRON, INC. The Making of a Billion-Dollar Athlete

Anyone who has followed the NBA even from a cursory vantage knows of LeBron James, basketball great. Chris Abell keeps an interested tone while narrating this audiobook, which is not a biography but rather a focused look at James's savvy financial investments. Longtime NBA writer Brian Windhorst, who attended the same high school as James, has written a highly readable book--which Abell captures well. He gives quotes from James a slightly different voice--just a bit changed from the narrative. And Abell speaks with a storyteller's excitement--not giddy but clearly engaged with what he is narrating. An insightful story sheds light on a fascinating aspect of the star's career. M.B. © AudioFile 2019, Portland, Maine [Published: JULY 2019]