Home»Reviews»THE MAKING OF A JUSTICE 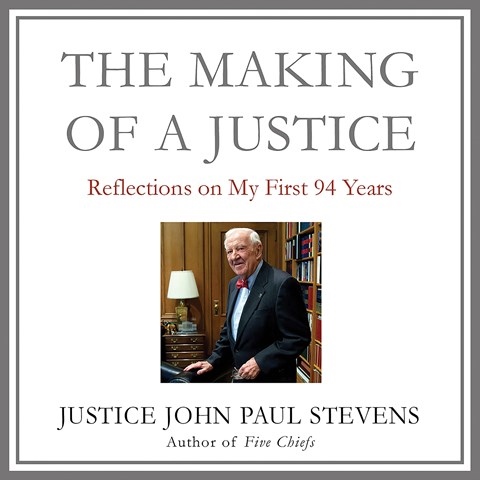 THE MAKING OF A JUSTICE Reflections on My First 94 Years

As might be expected, the introduction delivered by the late Justice John Paul Stevens reveals some frailty, but hearing the voice of this judicial giant still gives a sense of the man. Taking over for the bulk of the audiobook, narrator Robert Petkoff does an outstanding job of making voluminous arcane legal considerations and machinations reasonably understandable and appealing. His professional narration experience is evident as he conveys energy, clarity, and engagement with the life of the justice, who before his retirement from the Supreme Court in 2010 wrote more than a thousand opinions. While Stevens's privileged childhood, law degree studies at Northwestern, and personal/career development, as recounted in the earlier chapters, are fascinating, a great deal of the later chapters may appeal primarily to those with a distinct interest in American jurisprudence. Regardless, the audiobook is well narrated. W.A.G. © AudioFile 2019, Portland, Maine [Published: AUGUST 2019]