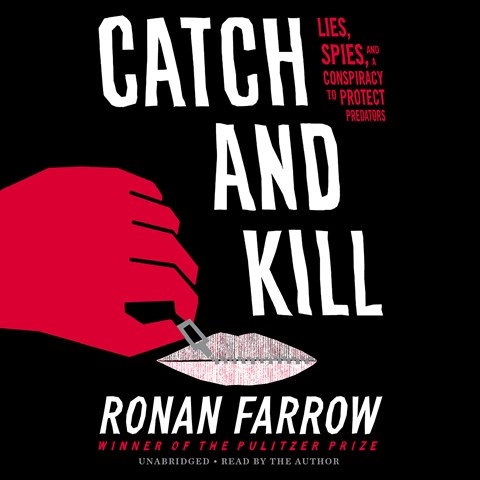 CATCH AND KILL Lies, Spies, and a Conspiracy to Protect Predators

Award-winning journalist Ronan Farrow narrates his own account of exposing Harvey Weinstein and several NBC executives as sexual predators. There's no denying the effectiveness or thoroughness of Farrow's investigative work. He provides a fascinating and detailed look at how he broke this enormously important story. As the narrator, Farrow delivers a surprisingly theatrical performance. His breakneck pacing and keen dramatic timing would be well suited to a legal thriller. However, Farrow occasionally speaks too fast and is likely to have listeners fumbling for the rewind button. He also gamely attempts a wide range of accents and voices, some of which work better than others. If one puts aside a few minor quibbles, Farrow's narration is skilled and nuanced. Audiobook listeners looking for top-notch nonfiction will not be disappointed. A.T.N. © AudioFile 2019, Portland, Maine [Published: NOVEMBER 2019]