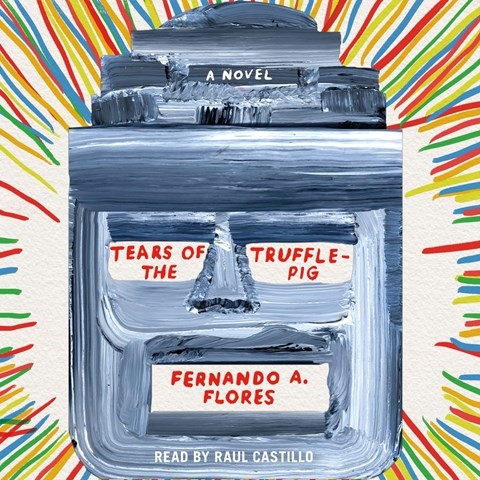 TEARS OF THE TRUFFLEPIG

by Fernando A. Flores | Read by Raul Castillo

Actor-playwright Raul Castillo combines his theater experience with his Mexican-American roots to give an understated and vulnerable voice to a story that takes place in the near future. A South Texas man is caught in a chaotic world in which narcotics are legal, the third wall between the U.S. and Mexico is being completed, and long extinct species such as the dodo are being revived and served as culinary delicacies to hungry billionaires. As members of a crime syndicate chase down the hero and threaten to shrink his brother's head, the listener can almost hear the boundaries between realism, cyberpunk, and Mexican surrealism twist and collide. Castillo's natural, matter-of-fact tone makes it all sound that much crazier, and possible. A darkly comic listen. B.P. © AudioFile 2019, Portland, Maine [Published: JUNE 2019]