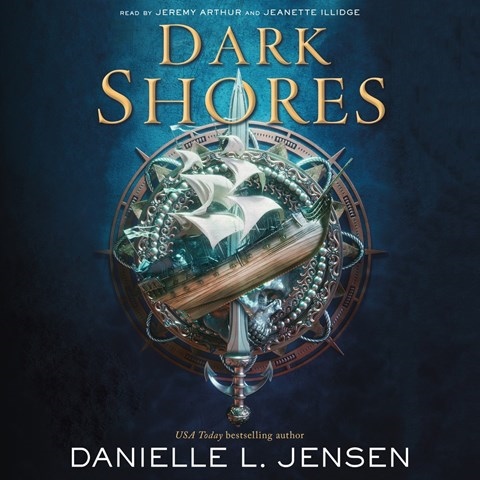 Narrators Jeanette Illidge and Jeremy Arthur complement each other's performances in this YA fantasy. In a world in which women are proficient captains on the high seas, Teriana is forced to decide between losing her crew or going against her gods by leading treacherous men to the mysterious Dark Shores. Both Illidge and Arthur portray main characters Teriana and Marcus, respectively, in a relatable and engaging way. Although Illidge's voice is pleasant, she doesn't deliver much vocal distinction between characters, sometimes making it difficult to follow the dialogue. Overall, however, the exotic setting and interesting characters make for a compelling adventure. N.H. © AudioFile 2019, Portland, Maine [Published: AUGUST 2019]