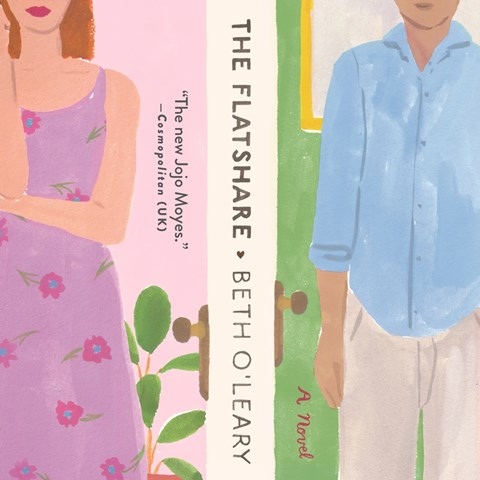 Carrie Hope Fletcher and Kwaku Fortune bring genuine emotion to this London rom-com with their impeccable narration about an unlikely friendship. Tiffy and Leon share a one-bedroom apartment but have never met because of opposite schedules. The notes they exchange about their shared space soon veer into personal territory. Leon's accent sounds like South London had a fling with Irish, while Tiffy has a milder English accent. The color and excitement in Tiffy's voice reflect her flashy appearance as compared to the droller Leon's. Fast, nervous parts of the story, complemented by occasional embarrassed groans, contrast with the steady tones of everyday details. Phone conversations with loved ones are distinct with their echo-y effect. Will an in-person meeting ruin a friendship built on Post-its? A.L.C. © AudioFile 2019, Portland, Maine [Published: JUNE 2019]