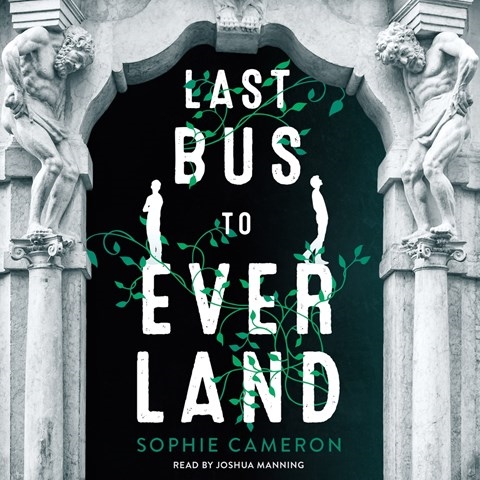 Narrator Joshua Manning transports listeners from Edinburgh, Scotland, through a green door with a unicorn knocker. On the other side is a parallel dimension called Everland, described as "a knockoff Narnia," where time does not exist. This audiobook is told in the first person, so Manning does the majority of his work in the main character's Scottish accent. But because characters arrive in Everland from all over the world, Manning must speak in Polish, Spanish, Japanese, Australian, and South African accents as well. Listeners will lose themselves in his performance as he transports them to a magical place in this touching YA fantasy novel. A.R.F. © AudioFile 2019, Portland, Maine [Published: AUGUST 2019]