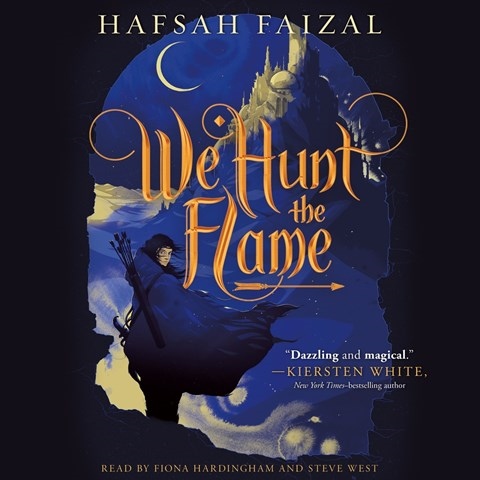 WE HUNT THE FLAME Sands of Aramiya, Book 1

Narrators Fiona Hardingham and Steve West lend their exceptional vocal skills to this fantasy novel. Its setting is inspired by ancient Arabia and inhabited by a stunning cast of characters, both human and otherworldly. Hardingham portrays Zafira, who defies authority by hunting game to save her people. West handles the assassin prince, Nasir. Both narrators deliver commanding performances steeped in drama and suspense, drawing out every ounce of emotion and intrigue from Faizal's sensual story of restoring magic to a world that has lost it. Hardingham and West deftly alter their cadences and timbres to suit both the wide range of characters and their varying moods, shifting from happiness to horror to humor. Don't miss this one. S.G. Winner of AudioFile Earphones Award © AudioFile 2019, Portland, Maine [Published: JUNE 2019]