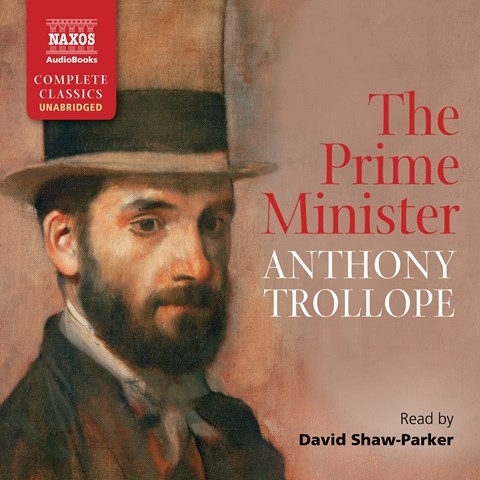 David Shaw-Parker's usual exemplary narration brings all the inner torments of the characters in this classic novel to life. Trollope was one of the deep psychologists of the Victorian novel, and this is one of his most psychological works. Nearly all of the action is interior to the major characters. As we approach the end of the Palliser series, the parallel plots concern decisions: Should Emily Wharton marry the mostly unknown (and of dubious ethnic origin) Ferdinand Lopez, and should Plantagenet Palliser (now the Duke of Omnium) agree to head the British government? Shaw-Parker captures every detail of the effects of their decisions--on themselves and on those around them. Add his masterful command of accents, and it is hard to imagine a better audiobook. D.M.H. Winner of AudioFile Earphones Award © AudioFile 2019, Portland, Maine [Published: AUGUST 2019]