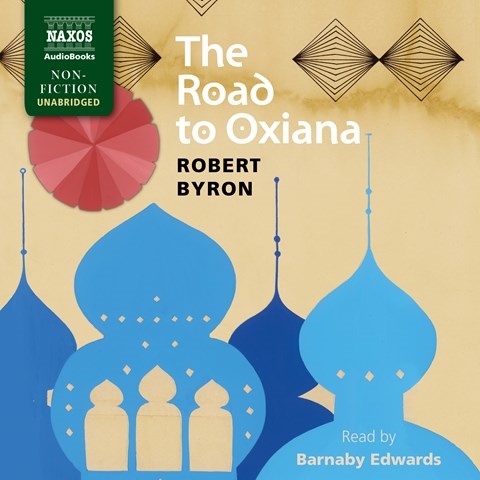 THE ROAD TO OXIANA

British narrator Barnaby Edwards captures pioneering travel writer Robert Byron's historical commentary, humor, and bon vivant sensibility while crossing the Middle East to explore the farthest reaches of Persia and Afghanistan in 1933-34. With the ability to evoke entire centuries and architectural styles in a single sentence, Byron is considered one of the masters of the travelogue genre. Edwards is at his best as he delivers Byron's hilarious word-for-word conversations with local warlords, stuffy diplomats, and chatty Americans while he pushes through extreme heat, floods, and snow on foot and by horse and motorcar to visit the Mosque of Sheikh Lutfullah, Persepolis, and the crossroads village of Ghazni. Perfect listening for the armchair traveler in all of us. B.P. Winner of AudioFile Earphones Award © AudioFile 2019, Portland, Maine [Published: AUGUST 2019]