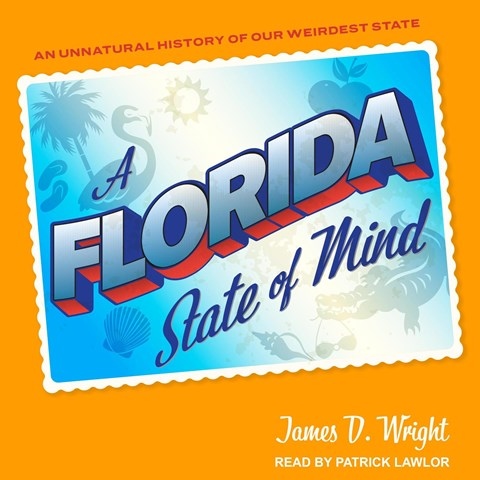 Patrick Lawlor's blends wry humor with a "gee whiz" tone as he narrates Wright's twisted love letter to his adopted state. It's full of interesting stories, such as the start of auto racing on the sands of Daytona Beach and NASA's lunar missions at Cape Canaveral (now Cape Kennedy). Lawlor rattles off facts with ease when Wright talks about black bears' proliferation or the number of non-native Floridians. Lawlor lets Wright's jokes--"Florida, The Roadkill State"--hit home without distracting from the facts. Listeners thinking of heading down to the Sunshine State might consider some of the food options there, such as gator tail, or some overlooked tourist attractions, like glass- bottom boats. J.A.S. © AudioFile 2019, Portland, Maine [Published: JULY 2019]