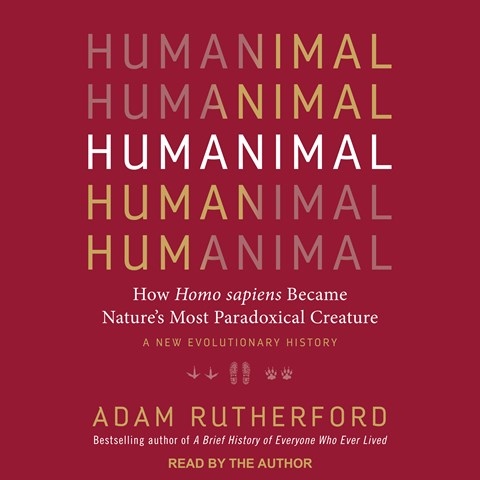 Geneticist and seasoned broadcaster Adam Rutherford shares his excitement for human evolution and animal behavior with listeners. The research sounds captivatingly new, and Rutherford makes evolutionary theory understandable. Through jaw-dropping examples, he shreds any notion of normalcy when it comes to animal sexual behavior. He delivers a commendably steady performance even while describing cringe-worthy animal behavior. While questioning the paradigms used to define intelligence, tool use, self awareness, or society, he sensitively probes what makes humans unique from every other animal. Rutherford eviscerates evolutionary psychology's peddling of unproven explanations of human behavior. Instead of promoting human supremacy, Rutherford connects listeners to every organism that preceded us. Don't stop listening early. The audiobook's ending is profoundly beautiful. J.T. © AudioFile 2019, Portland, Maine [Published: MAY 2019]