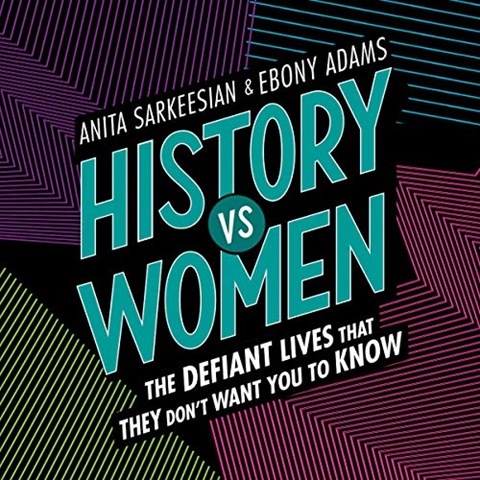 Narrator Jean Ann Douglass energetically makes listeners aware of 25 notable women throughout history who have been mostly left out of history books. Divided into five spheres of influence, the fun and fascinating portraits include females who were stronger, faster, and more capable than their male counterparts. One such example is Bessie Stringfield, an early African-American motorcycle enthusiast. The sketches demonstrate the women's abilities, dispel common myths such as the notion that women are the sweeter sex, and show some fabulous firsts. Douglass's voice has a slight sibilance, although her warmth and passion are enough to outweigh that distraction. A more serious tone is used in the authors' note acknowledging the Western bias in the material. Listeners will look forward to another volume. E.J.F. © AudioFile 2019, Portland, Maine [Published: MAY 2019]