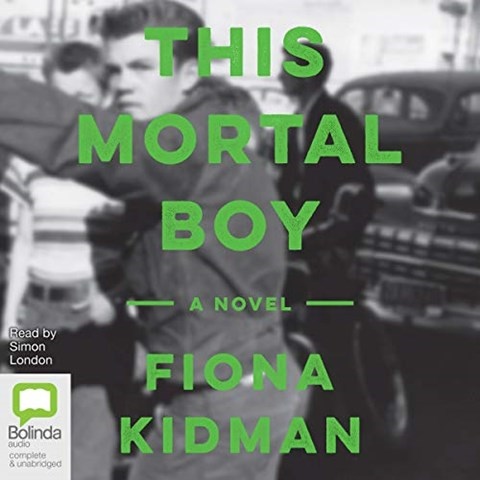 With a New Zealand accent, impeccable pacing, and distinctive characterizations, narrator Simon London evokes New Zealand in the 1950s. This was a time when the Irish were regarded suspiciously, the death penalty as a deterrent was hotly debated, and a government report alleging wild teenage behavior ignited a moral panic. Fiona Kidman reimagines the story of Albert Black, an immigrant from Ireland who was hanged for murder only two years after arriving. London creates a believable and sympathetic character in Albert with an Irish accent and frequent bursts into tuneful song. He also creates a myriad of other characters including educated lawyers, English migrants, and girls who betray an eagerness to please with sentences ending in upspeak. Public distaste for the hanging facilitated the end of capital punishment in New Zealand. A.B. © AudioFile 2019, Portland, Maine [Published: AUGUST 2019]