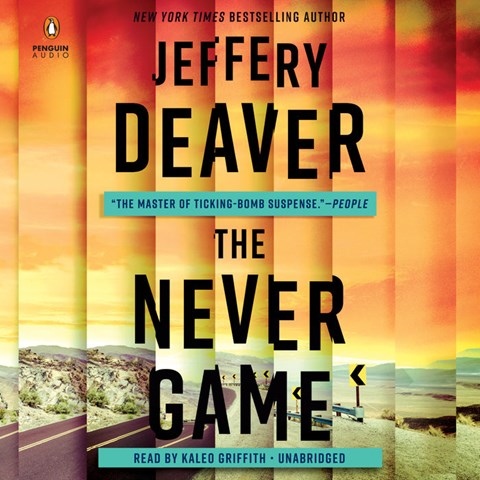 Colter Shaw, the protagonist of Jeffery Deaver's latest audiobook, who claims to be psychic, devotes his life to solving crimes and locating missing persons with the goal of receiving the monetary rewards being offered. Narrator Kaleo Griffith's understated performance allows listeners to parse each character's personality while avoiding the incredulity that could result from Shaw's ability to see nuances that police and other investigators consistently miss. The story takes Shaw to Silicon Valley and its environs, where he pursues a kidnapper who is reenacting a violent video game in real time. Suspects range from corporate executives to a woman he befriends during his investigation. A lesser narrator could have diminished the story's twists and surprising conclusion, but thanks to Griffith, the audiobook is consistently entertaining. D.J.S. © AudioFile 2019, Portland, Maine [Published: JUNE 2019]