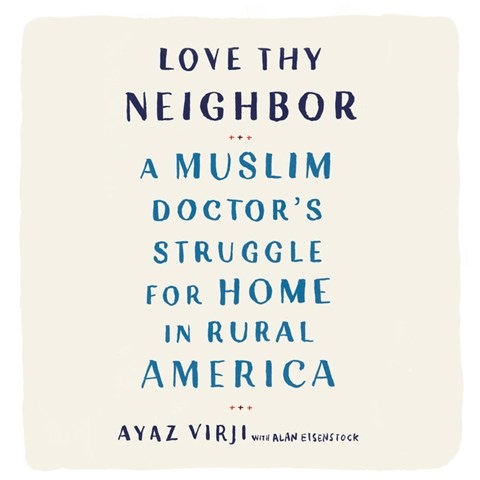 With quiet power, Ayaz Virji narrates his own audiobook about facing prejudice and discrimination in middle America. Virji is a Muslim who moves his family to a rural Minnesota town. He adapts to the friendly community while building his reputation as a caring doctor. Then Donald Trump is elected. Virji's interactions with his colleagues and friends the day after are raw and real, captured in a series of wrenching moments. Virji learns that a majority of the community voted for a man who actively seeks to keep Muslims out of the country. Instead of leaving, Virji decides to discuss his faith in an open forum with his community. Throughout, Virji's voice exudes both the pain and courage of his experiences. S.P.C. © AudioFile 2019, Portland, Maine [Published: JULY 2019]