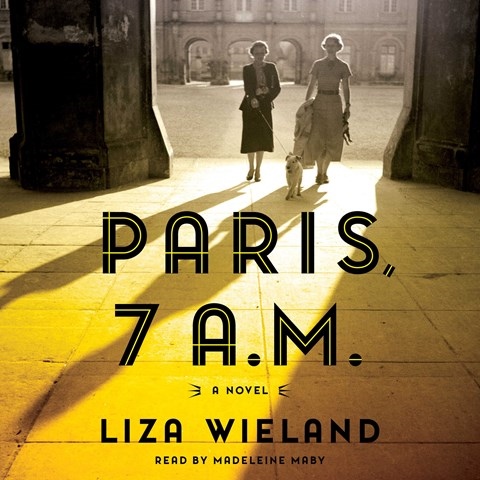 In this audiobook, the author imagines a year in the young life of poet Elizabeth Bishop, with Madeleine Maby offering an able performance. The narrative unfolds in loosely chronological episodes that recount Bishop's 1937 visit to Paris with friends from Vassar. Some details are examined minutely and others breezed over or left ambiguous. The effect is sometimes beautiful and sometimes frustrating. Maby echoes the inconsistent pace of the work--various sections seem rushed, and others are more measured in their delivery. Her voice is strong and energetic, but sections of the dialogue sounds distractingly clichéd, with voices oddly rendered at times. What is most fascinating about the audiobook is the content itself--the story of a complicated young woman in Europe at a complicated time, as Hitler rises to power. L.B.F. © AudioFile 2019, Portland, Maine [Published: AUGUST 2019]