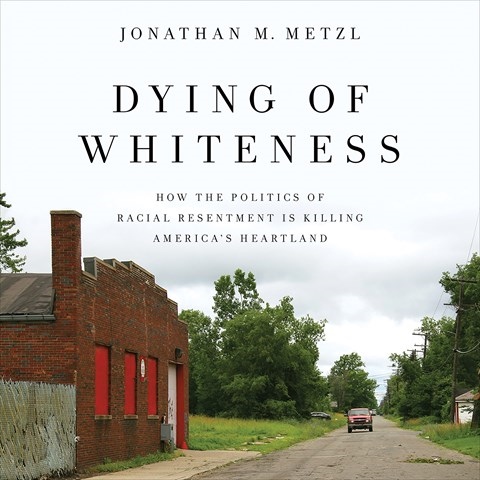 As a stand-in for both the researcher (physician and author Jonathan Metzel) and his research subjects (Trump supporters), narrator Jamie Renell avoids what would be the disastrous flaw of turning either party into caricatures. Dr. Metzl never stoops to ridicule, even when calling out the delusion and racism behind the tenacious support of lower- and middle-class white Americans for certain policies--in particular, those related to guns, health care, and "small government"--which are quite literally killing them. Through Renell's composed and compassionate narration, we hear not a strident pundit but rather a physician confronting a metaphorical patient with a diagnosis of self- harm. Renell handles both the many interview exchanges and the delivery of supporting data with equal ease. K.W. © AudioFile 2019, Portland, Maine [Published: JUNE 2019]