Home»Reviews»FOR ALL OF US, ONE TODAY 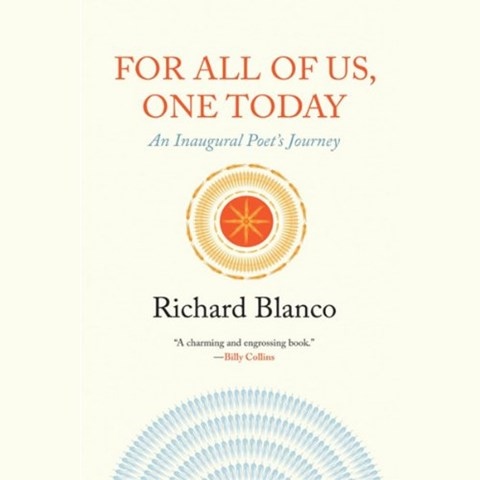 FOR ALL OF US, ONE TODAY An Inaugural Poet's Journey

Poet Richard Blanco discusses important aspects of his life, commenting in particular on being an openly gay Latino immigrant and on having been named an inaugural poet by President Barack Obama. He also talks about struggling to find his place in America as a new immigrant. This short work features four poems, narrated in a haunting tone. "Where did I come from? Where do I belong?" he asks. The works include the 2013 inaugural poem, which, he says, made him feel "like part of America for real" when he read it during Obama's second inauguration. Blanco's earnest writing and accessible narration make up for the measured cadence of his delivery. Spanish versions of the poems are read by Eric Pollins. A.C. © AudioFile 2019, Portland, Maine [Published: APRIL 2019]