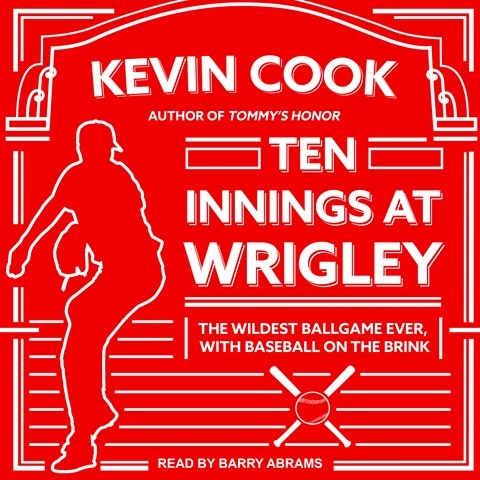 TEN INNINGS AT WRIGLEY The Wildest Ballgame Ever, with Baseball on the Brink

Narrator Barry Abrams is the perfect choice for this deep dive into the historic 1979 game that saw the Philadelphia Phillies and Chicago Cubs achieve a combined total of 45 runs. The topic lends itself to both humor and serious moments, and Abrams narrates in an almost impish style. At times, he alters his voice when a player is being quoted. It's never campy; rather, it sets the appropriate tone. Kevin Cook does more than detail the game. He starts with a fair amount of historical background and also researches what happened to many of the players and teams afterward. Some of this is hilarious, some tragic, some historic. Abrams's narration enhances this story, especially for those who followed baseball in the 1970s and 1980s. M.B. © AudioFile 2019, Portland, Maine [Published: JULY 2019]