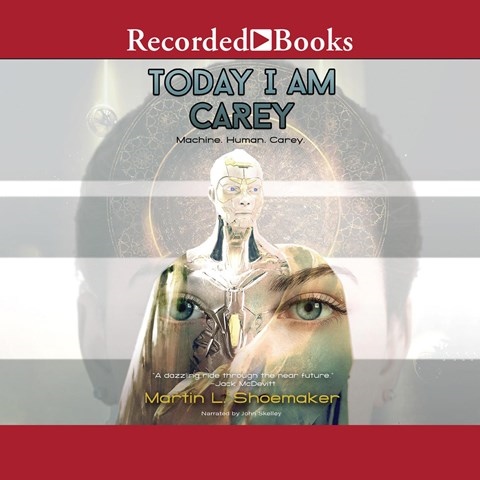 TODAY I AM CAREY

John Skelley's moving narration elevates this sci-fi novel, a universal story of our lifelong need for connection. In the near future, android Carey is designed to minister to dementia patients. After Carey, expertly portrayed by Skelley, eases the Owens family's matriarch's last days, they purchase the android, including its internal memory. Listeners will spend 80 years with Carey, who nurtures the Owenses, becoming a family member. The large cast and their changing emotions are superbly rendered--Skelley's portrayals of the elderly and whiny kids are particularly memorable. It's poignant to hear Skelley's Carey morph from android to sentient being as its programmed capacity to emulate becomes the ability to empathize. A realistic and satisfying conclusion leaves listeners hoping to meet Carey again. S.G.B. © AudioFile 2019, Portland, Maine [Published: JUNE 2019]