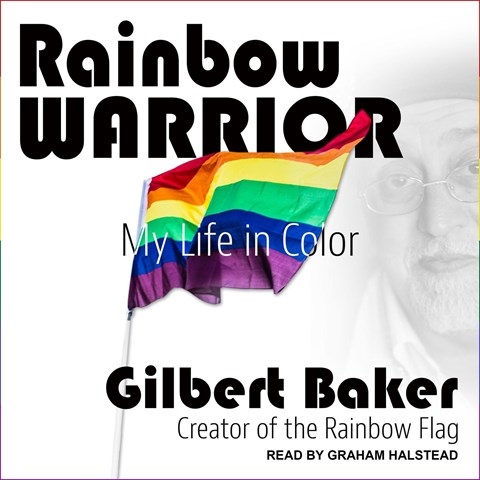 RAINBOW WARRIOR My Life in Color

Graham Halstead's narration creates a window onto LGBTQ history in the U.S. Rainbow Pride flag creator Gilbert Baker's posthumously published memoir, with a foreword by Academy Award-winning screenwriter Dustin Lance Black, shares the events, internal politics, and people behind the now-ubiquitous symbol of the LGBTQ rights movement. Thoughtfully edited fragments are sewn into an engaging narrative that ranges from the 1970s through the 1990s. Halstead blurs the line between author and narrator as he ably adopts Baker's conversational storytelling style. Born in Kansas during the 1950s, the man who would become known as "the gay Betsy Ross" made his way to San Francisco. Baker's talents as a seamstress paired with his social activism are recounted as part of the 1978 Pride Day and the 25th anniversary of the Stonewall Riots. J.R.T. © AudioFile 2019, Portland, Maine [Published: AUGUST 2019]