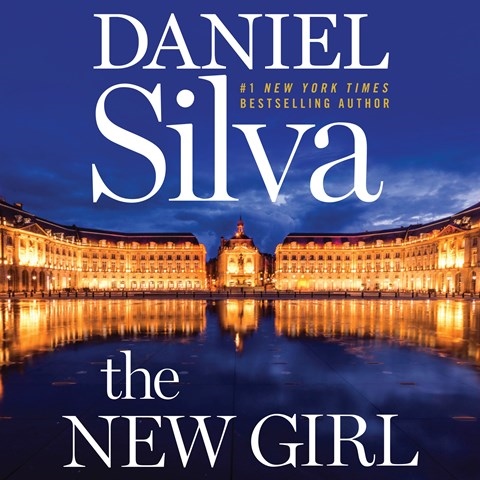 Narrator George Guidall brings back the many characters we have come to know and appreciate in Silva's Gabriel Allon series. Once again, Silva leverages current headlines to engage listeners, this time taking them into the intrigues of the House of Saud and the political ramifications of shifting alliances within it. Gabriel Allon, now having two years under his belt as director of Israeli Intelligence, is compelled to help the Crown Prince rescue his 12-year old daughter from kidnappers. Guidall provides perfect English, French, German, Israeli, and Arab accents. Though his tone remains calm, he conveys the high tension of scene after scene through his pace and cadence. Listeners are treated to a gripping story from beginning to end performed by a master narrator. E.Q. Winner of AudioFile Earphones Award © AudioFile 2019, Portland, Maine [Published: AUGUST 2019]