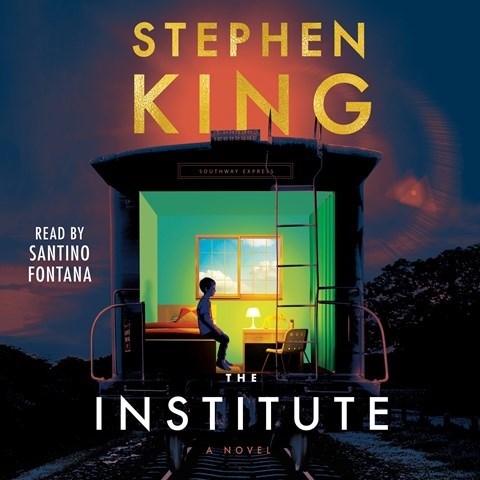 Stephen King’s newest audiobook is compulsively entertaining and features a dazzling performance by narrator Santino Fontana. After a seemingly unconnected prelude that is revisited much later, listeners meet 12-year-old telekinetic genius Luke Ellis. One night, Luke’s parents are brutally murdered, and he’s drugged, kidnapped, and brought to The Institute. There, he meets other supernaturally gifted children who have been taken. Fontana does wonders with this diverse lineup of young characters who band together to fight their captors. Each of them sounds authentic and unique. Meanwhile, the adult characters, with a few exceptions, are a nightmarish bunch. Through them, Fontana shows that evil can have many different voices. While this isn’t King at his most original, his and Fontana’s talents are a winning combination. A.T.N. Winner of AudioFile Earphones Award, 2020 Audies Winner © AudioFile 2019, Portland, Maine [Published: SEPTEMBER 2019]