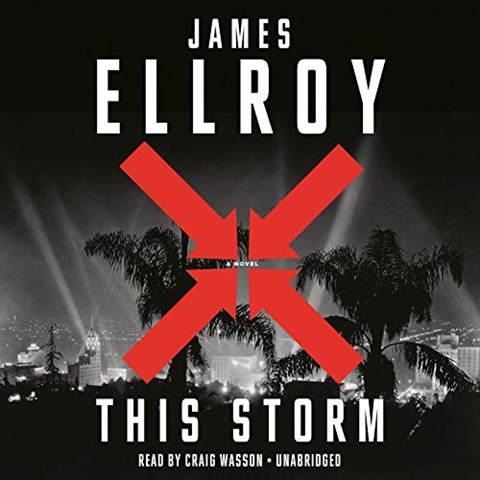 Narrator Craig Wasson mans the mic like a jazz poet in this second installment in James Ellroy's L.A. WWII trilogy. Wasson channels Ellroy's poetic ramblings into an audio cadence that sizzles with the slang and accents of wartime Los Angeles: A plastic surgeon is a "snout doctor"; a hot couple is "madly enjoined"; and a flashy home is "turned out and si bon." The plot involves murder, missing gold, and a fire, all of which plays out against a dark backdrop of racist paranoia and anti-Japanese fervor. Wasson has narrated Ellroy previously, so he's familiar with characters such as corrupt cop Dudley Smith and Japanese forensics expert Hideo Ashida. Wasson's reading delivers Ellroy's lyricism but also presents the harsh language of humanity's underbelly. R.W.S. Winner of AudoFile Earphones Award © AudioFile 2019, Portland, Maine [Published: JUNE 2019]