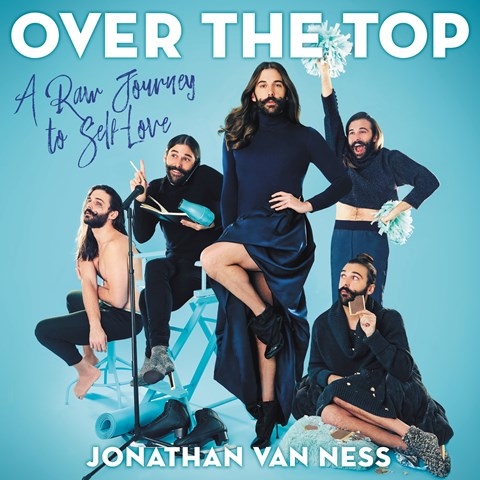 OVER THE TOP A Raw Journey to Self-Love

Jonathan Van Ness narrates his hilarious and moving memoir with all the bright energy he's known for--no one but the queer icon himself could narrate his story. Van Ness rocketed to fame on the "Queer Eye" reboot, and his audiobook touches on serving up excellence on the reality show. His story starts with his childhood with a loving family in a small town, where he idolized Olympic athletes and survived an early sexual assault. Van Ness holds no emotions back as he shares the impact of that trauma, along with the difficulty of growing up femme and gay, learning of his HIV-positive diagnosis, and recovering from addiction. His voice shakes as he shares a powerful truth with listeners: "We are never too broken to heal." E.E.C. © AudioFile 2019, Portland, Maine [Published: OCTOBER 2019]