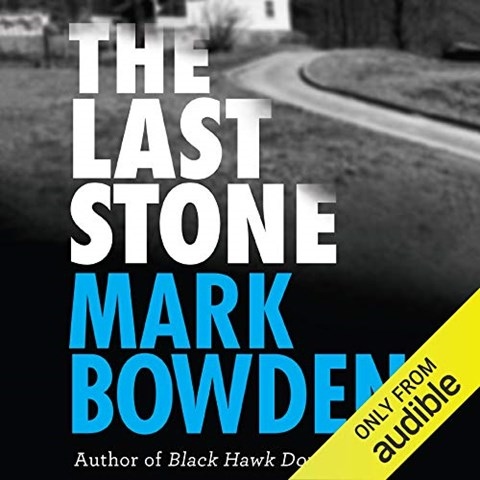 THE LAST STONE A Masterpiece of Criminal Interrogation

Narrator Richard Ferrone's slightly gravelly voice fits this hard-boiled true crime, while his warmth moderates its harsh details. As a young reporter in the 1970s, Bowden (BLACK HAWK DOWN) covered the disappearance of two girls from a Maryland mall. Here he tells the story of how the cold case was solved 38 years later when suspect Lloyd Welch was identified, leading to 17 months of interrogations. Ferrone distinguishes the detectives' calm, neutral questions from the manipulative suspect's rural inflections. The affable tone Ferrone uses for Welch illuminates a companionable compulsive liar who offers up a new horrific ending for the girls in every interview. Suitably exhaustive and frustrating, the story has the listener chasing down each lead with the detectives, who are desperate for closure. S.T.C. © AudioFile 2019, Portland, Maine [Published: JUNE 2019]