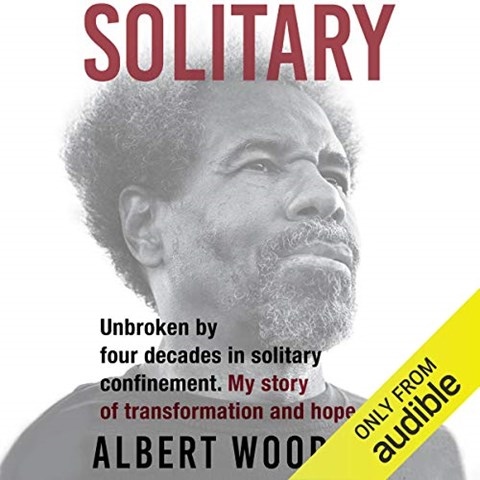 SOLITARY Unbroken by four decades in solitary confinement. My story of transformation and hope.

JD Jackson is an outstanding narrator of this memoir of cruelty, casual corruption, and solitary confinement. Woodfox was serving a fifty-year stint in Angola prison in Louisiana when he was falsely accused of murdering a white guard and sent to solitary confinement for more than 40 years. Jackson sounds exactly like what Woodfox is--an older man who has seen so many bad things that the truly awful is not as much shocking as it is expected. Jackson, in a roughish voice, tells the story mostly calmly, even as the listener cringes at episodes of rape and brutality. Woodfox stayed sane in prison through his friendships and beliefs. Jackson manages to convey the strength of those foundations through his performance. G.S. © AudioFile 2019, Portland, Maine [Published: JUNE 2019]