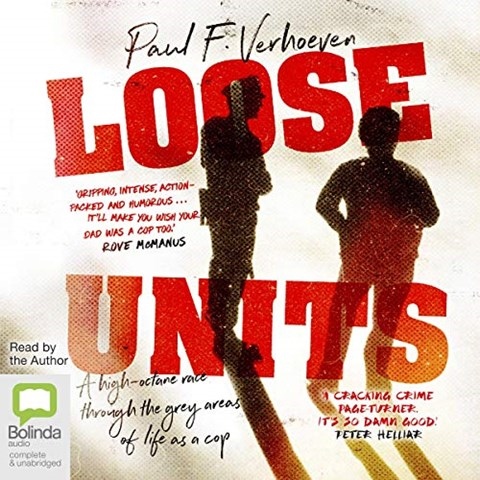 Paul F. Verhoeven's dry performance, with his ability to witness dark moments, makes this audiobook both compelling and hilarious. Verhoeven's father is a career police officer in Australia; throughout the audiobook, Verhoeven seeks to come to terms with a childhood memory of seeing one of his father's grisly crime photos. Verhoeven learns how his parents met and how his father navigated job encounters both disarming (a jewelry thief who explains to police his meticulous organizing methods, a jail cell that may be haunted) and harrowing (a woman cut in two by a train who will die as soon as the train moves). Violent moments, while seemingly gratuitous, stay grounded in Verhoeven's interpretations of how his father understands his life, and his son. Verhoeven's natural wit is tenacious--listeners will be with him from the start. S.P.C. © AudioFile 2019, Portland, Maine [Published: JULY 2019]