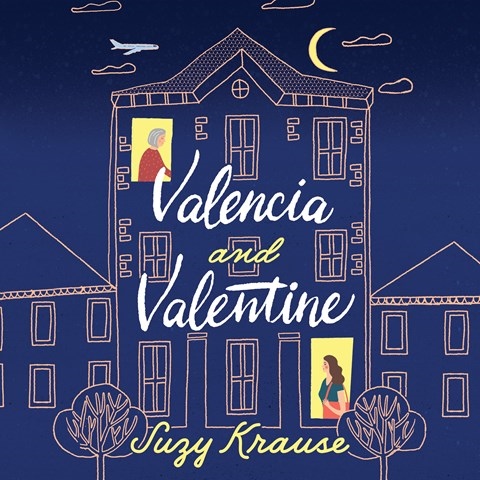 Krause's whimsical linked stories melding fantasy and reality feature a series of seemingly disparate offbeat characters who are facing the challenges of mental issues such as obsessive-compulsive disorder, anxiety, and dementia. Narrator Janet Metzger adopts a Canadian accent while bringing these Saskatchewan-based characters to life. She skillfully helps to distinguish characters such as the hesitant, anxious Valencia; the elderly, talkative Mrs. Valentine; and assorted friends and co-workers. Her characterizations work well to convey the author's musings on worries, love, friendship, and progress versus stagnation. Ultimately, the stories come together, while still leaving listeners to conclude for themselves what was real and what was imagined. S.E.G. Winner of AudioFile Earphones Award © AudioFile 2019, Portland, Maine [Published: JUNE 2019]