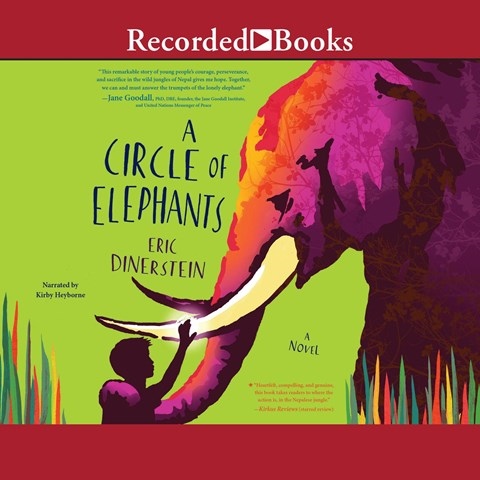 A CIRCLE OF ELEPHANTS

Narrator Kirby Heyborne reprises his role as Nandu, a Nepalese boy, in this sequel to WHAT ELEPHANTS KNOW. The 13-year-old lives with his adoptive father, Subba-sahib, in the newly established Royal Elephant Breeding Center on the edge of the jungle in 1970s Nepal. His community is tested by earthquake, drought, a dangerous wild bull elephant, and menacing poachers. Heyborne's earnest voice captures Nandu's sincere respect and righteous anger, along with his desire to protect the animals in his care. His passionate voice contrasts with the calm, solemn authority of Subba-sahib and highlights the audiobook's powerful messages of stewardship for the earth's creatures, and kindness, empathy, and harmony among individuals of different faiths. S.C. © AudioFile 2019, Portland, Maine [Published: MAY 2019]